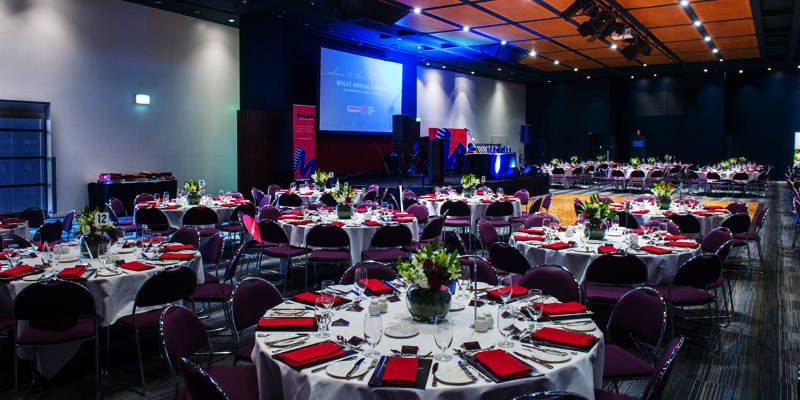 On Friday the 24th July 2015 MIGAS held its fourth and final Awards Night for 2015, celebrating Queensland apprentices, trainees and hosts, and welcoming our national guests, in the Legends Room at The Gabba in Brisbane.

MIGAS was very proud to have the opportunity to recognise the exceptional nominations received in Queensland and across Australia nationally. This year saw a particularly high standard of nominees submitted by both our Host Companies and our Field Officers.

MIGAS are pleased to announce the winners of the QLD and National Awards Night for 2015. 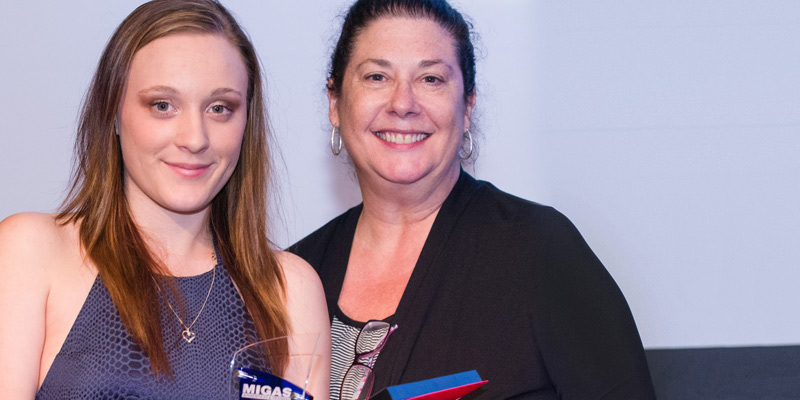 Karli has completed a Certificate III in Business with Prime Group in Morningside. Karli loves to work hard which motivates her every day to be as successful as she can be. She is the only administrative person at Prime Group in Brisbane so she had to start from scratch with them and put together policies and procedures to support the company. Now that she’s completed her traineeship Karli is looking to enrol in a Diploma of Management, with moving her way up to a management level her ultimate goal. 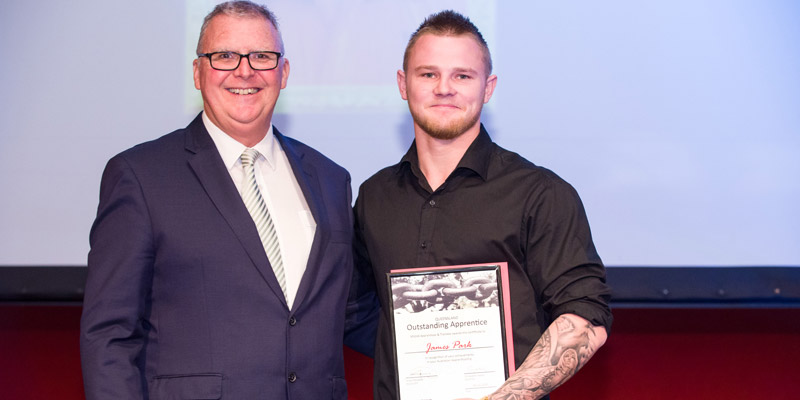 James has completed a Certificate III in Electrotechnology with Shellby Power in Woodridge. James’ apprenticeship has taught him to be more mature, pay attention to tasks, and opened his eyes to a career he’s truly passionate about. During his 3rd year, James was tacking lighting in a building at the University of Queensland, supervising three other apprentices. He has to allocate jobs to the apprentices daily, make sure they were completed correctly and provide training to them as well.

[Joshua was unable to attend the event]

Joshua has completed a Certificate III in Engineering – Mechanical Trade (Fitter and Turner) with Austube Mills in Acacia Ridge. Josh has a great attitude in the workplace, and very strong problem solving skills. If there are break downs in the Mill, Josh has to ensure he fixes the problem in a timely manner as it can affect production, which has really helped to hone his time management skills. Josh has secured a full time positon with Austube Mills since completing his apprenticeship.

QLD School-based of the Year 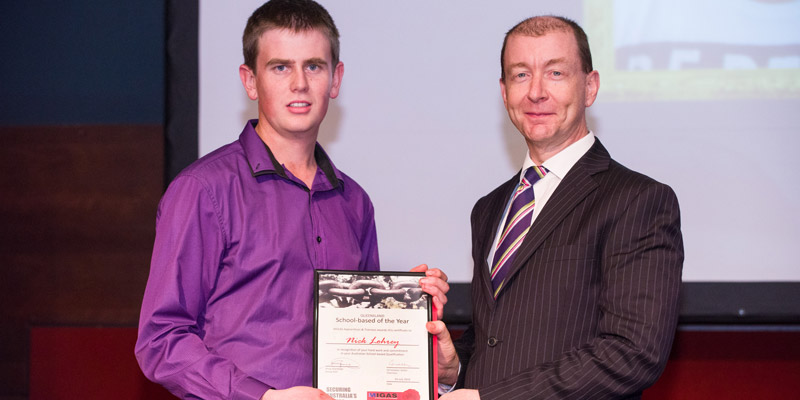 Nick started a Certificate III in Engineering – Mechanical Trade (Diesel Fitting) with Anglo American in Middlemount while he was still at school. Nick says his school based apprenticeship changed his motivations as he was very quiet and rarely asked questions, but he’s much more open now and has become more motivated. Nick completed 2 years’ worth of his TAFE work in one, and is now completing his full time apprenticeship with Anglo American.

QLD Trainee of the Year 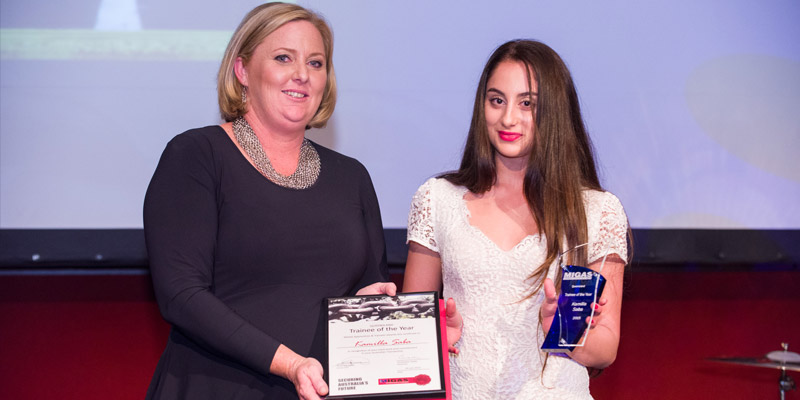 Kamilla is completing a Certificate III in Business Administration with the Bank of Queensland in Springwood. Kamilla says her training has taught her to show initiative by coming in early to help set out or coming off lunch if there are customers waiting to be served. Kamilla used to struggle with bringing up the topic of insurance sales with customers but after asking for tips from a co-worker, has now made six sales. Kamilla would like to progress through the branch levels and become a manager, as well as try her hand at marketing and human resources.

QLD Apprentice of the Year 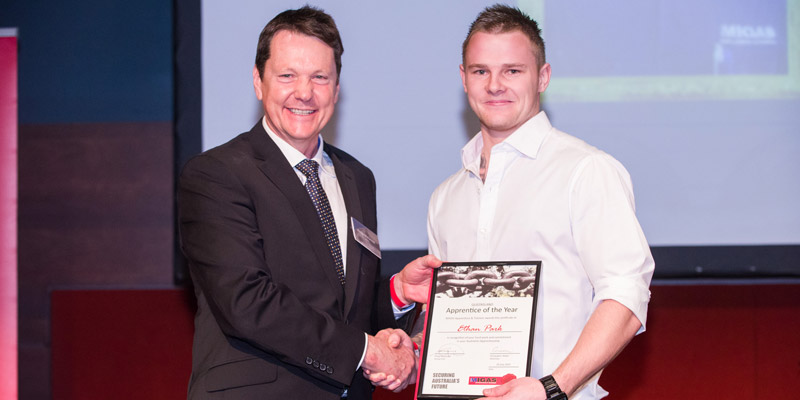 Ethan has completed a Certificate III in Engineering – Mechanical Trade (Fitter and Turner) with the Queensland Brain Institute at the University of Queensland. The work involved at QBI is hugely varied, and Ethan has shown complete confidence and competency in all aspects of his work. Providing service to scientists, professors and postgraduate students, Ethan’s role requires him to use his existing knowledge of scientific principles along with engineering knowledge to bring to life the ideas of his customers. Ethan is now working full time with QBI. 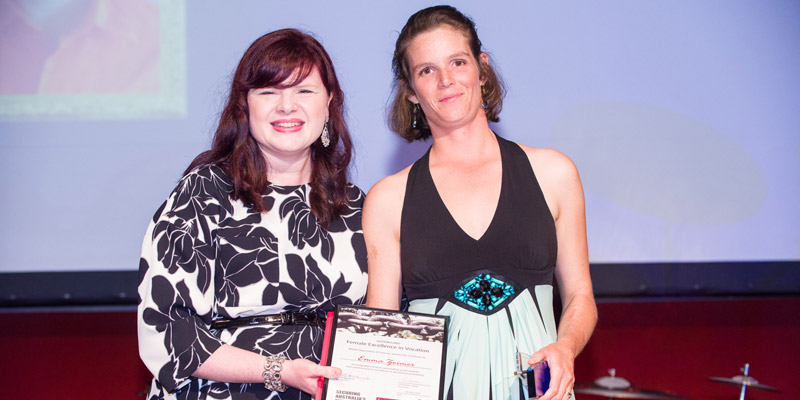 Emma is a 4th year apprentice completing a Certificate III in Electrotechnology in the Gladstone area. Emma has been found to be dependable, conscientious, hard-working and with a great attention to detail. Emma is always keen to take on new challenges and learn about the job at hand. She always asks the right questions to help further her knowledge and continues to grow as part of a team.

QLD Safe Host of the Year 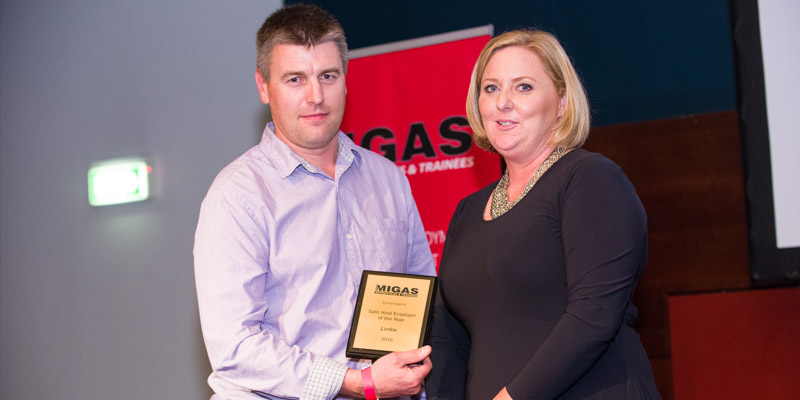 Linfox have been awarded this year’s Queensland Safe Host Award for their exceptional commitment to safety. Their safety system has been described by those who have seen and experienced it as the “Ultimate Workplace Health and Safety system”. Their culture of safety is so well structured and ingrained in their staff that many say it’s so seamless that you don’t even notice it. They have stringently implemented evacuation processes and a comprehensive safety induction that all visitors to the site undertake even for the shortest of visits. Their workshops are so clean and well-structured that every incoming truck has a designated “spot” to park in. They are committed to receiving their workers input into improving their safety culture and as such are now celebrating 248 days free of injury.

QLD Host of the Year 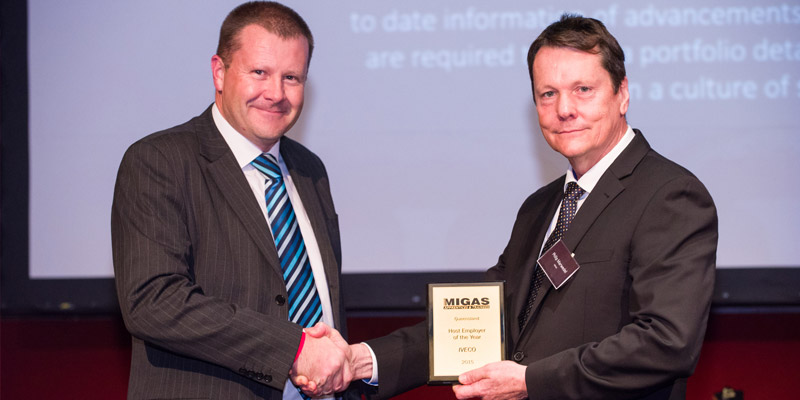 IVECO have been awarded this year’s Host of the year award for their strong commitment to training their apprentices. IVECO run their own internal training facility, IVECO College, to ensure all staff receive thorough inductions in new products and receive up to date information of advancements in their technology. Apprentices are required to keep a portfolio detailing IVECO Technology and are grown in a culture of strong teamwork. By their 4th year, IVECO apprentices are generally capable of working at a tradesman level, a testament to the encouragement and support they receive throughout their apprenticeship.

National School-based of the Year 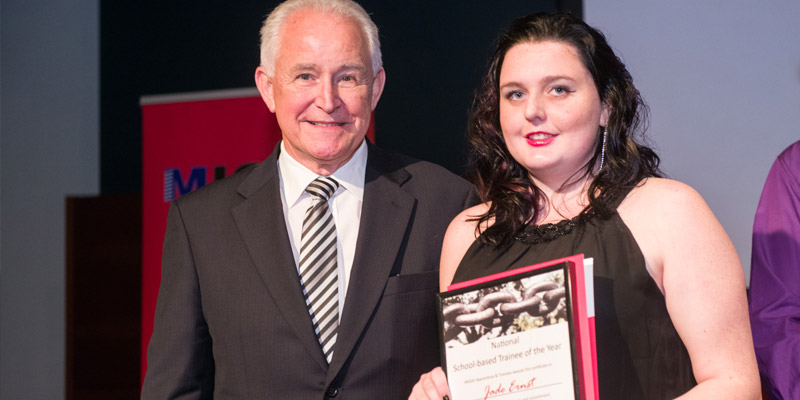 Over the last 12 months, Jade has noticed she’s doing better in herself and with her jobs, completing assigned tasks quickly and efficiently. Jade is then able to think of other tasks that need to be completed. Jade’s host says she’s always working hard, and she wants to keep them honest! Jade is also a volunteer with Relay for Life and a prefect at her school.

National Trainee of the Year 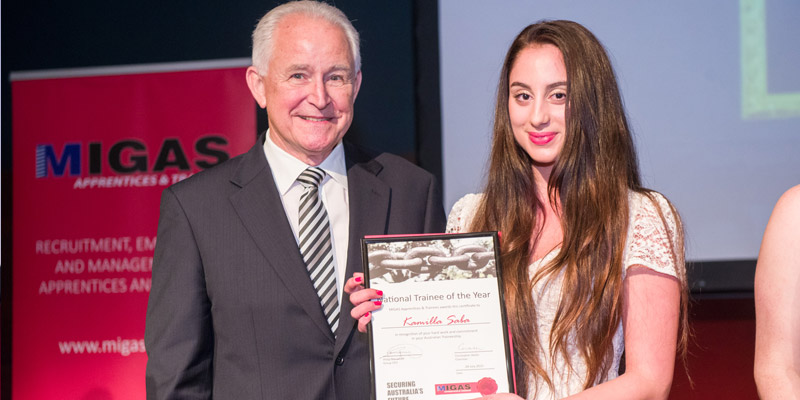 Kamilla believes her traineeship has changed her professionally and personally, where before she was working casually and wasn’t committed, now she’s in 100%. Her confidence levels have improved and she has surprised herself in what she can do and is more professional and efficient. Kamilla would like to stay with Bank of Queensland, but try her hand at marketing or human resources after completing her traineeship.

National Apprentice of the Year 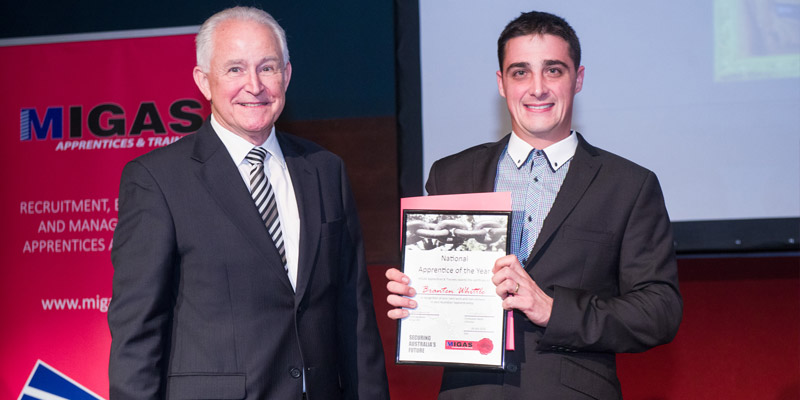 Branten worked as a storeman with Berendsen Fluid Power, who noticed his work ethic and interest in mechanics and created the apprenticeship position for him. Branten is grateful for the opportunities Berendsen have afforded him, and allowing him to learn and become the best tradesperson that he can.

See all photos from the QLD and National MIGAS Awards Night >