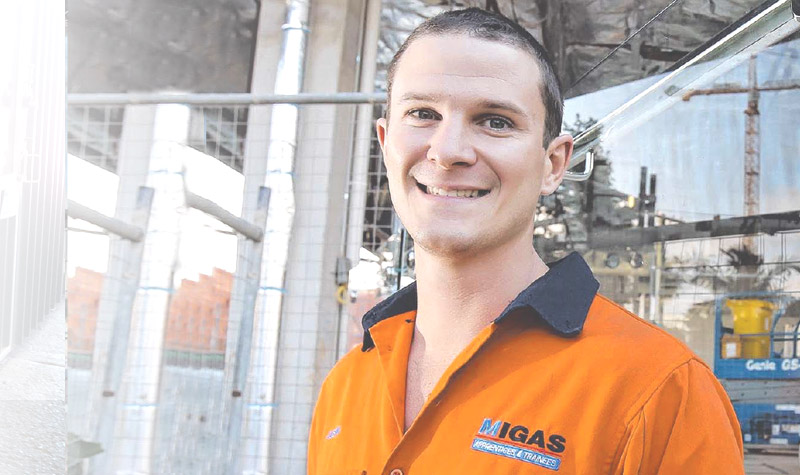 The value of completing an apprenticeship is not something that can always be recognised as a junior, with many people aged 21 and beyond (considered to be adult apprentices) choosing to take up a trade further down the career track.

Many employers baulk at taking the opportunity to train and mentor older employees, citing higher costs and higher risks.

This is unfortunate, as employers are missing out on mature and high quality apprentices, who are not only safer in the workplace with a greater awareness of risk, but also more aware of the value of a long term career.

Citing wages as a reason not to employ adult apprentices may be short sighted, especially as national skills shortages increase and complaints about a lack of job readiness in school leavers continue to gain media coverage. Australia is on the cusp of a skills crisis coupled with an ageing workforce and it’s up to Australian businesses to keep trade training for all age groups at the forefront of their priorities.

It is true that adult apprentices are paid at a significantly higher rate, commencing their first year on about 80% of the tradesmen rate, compared to around 50% for an apprentice under 21 (based on the Manufacturing Award). For some employers this represents an unacceptable cost, when scheduled workplace absences for TAFE, annual and personal leave are factored into the mix. This being said however, there are employers out there who prefer the experience and maturity that comes from hiring adult apprentices.

MIGAS CEO Philip Marwedel says young workers tend to be risk takers, but with age comes a certain level of logic and self-awareness.

“Older workers tend to be safer workers, looking after both themselves and their colleagues in the workplace,” Philip says.

MIGAS fourth year Electrotechnology apprentice, 26 year old Justin Molachino was a private business owner in North Queensland, before he decided it would be more beneficial to him career wise to take up an apprenticeship. By that point, he felt he was a bit more mature than he was at 18 or 19, and was more capable of handling the pressures of learning on the job and going to TAFE.

“I had a bit more life experience, and hands on work experience, which meant I could perform better in the field,” Justin says.

“I’ve been able to grasp things in the field a bit faster than some of the younger boys because of those experiences.”

With MIGAS, Justin has been able to set himself on a path towards a long and varied career, an opportunity he might not have appreciated as a young man straight out of school. While there is concern over increased wages for adult apprentices, an argument can be made that the greater concern at the moment should be about ensuring the retiring generation is able to pass on their knowledge and experience on to the next generation of tradespeople.

Enquire now about hosting an apprentice or trainee in your workplace >