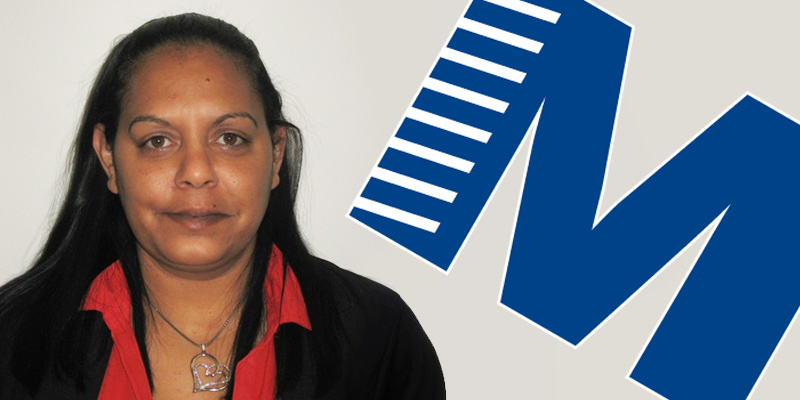 Anneliess Law started her Australian traineeship in 2002 with MIGAS, working towards her Certificate III in Business Administration. She saw this as a kick start to her career, a stepping stone which gave her the direction in life she needed to achieve her goals.

Anna was bought up in a small Aboriginal community outside of Brisbane called Cherbourg, where she was raised by her grandmother until the age of 11. She then travelled from Brisbane to Cairns (and everywhere in between) with her mother, before settling in Brisbane. Unfortunately, life with her mother didn’t turn out as planned, and she ended up living on the streets until she turned 17. At 17, Anna enrolled in a modelling course, but was unable to complete it as she was called upon to care for her younger brother Ashley. Ashley is intellectually disabled and at the time, he needed full time care. “I care for and love him like he is my own child,” she says.

When Ashley settled into school, Anna needed a plan; she hadn’t finished high school or gone to university. She knew her options were limited, but she now had a newborn baby to care for as well as her brother. “I went down to the local Boystown office and at the time they were working with MIGAS around traineeships. That’s when I started and never looked back. I stayed with my host employer Areva T&D from 2002 to 2006, before going on to complete my Certificate III in Youth Work. Since then I have worked for the Department of Community Safety, Brisbane City Council, QLD Ambulance, Lifeline, Blue Care and I am currently employed by CSIRO at the Centre for Advanced Technologies.

Anna is now a 33 year old single mother. Her daughter is 12 years old and she still cares for her younger brother Ashley, now 22. “As you can imagine, life in my household has been far from simple and easy but in saying that I wouldn’t have it any other way.”

Although Anna isn’t currently involved with MIGAS, she ran into her old field officer Linda Lay (who still works at MIGAS!) at a Careers Expo a few months ago. “I have always remembered that face of a kind woman who helped me build the foundation of my career... I have always recommended MIGAS and I will continue to do so.”

Kick start your career with MIGAS. Check out our current vacancies here >