Putting your hand up for a big work opportunity can sure pay off. Just ask fourth year MIGAS electrical apprentice James Maslin, whose self-belief resulted in a trip to the Chinese province of Nantong through his host employer and fire safety specialist Wormald.

In a serious career highlight, James was flown to the world’s most densely populated country to spend two weeks installing fire panels and fire detection devices on two ship loaders docked at Rugao Port, about three hours drive from Shanghai.

The opportunity came about after James heard of the project and decided to nominate himself.

“I thought it would be an amazing opportunity for my career and pushed myself to show management how interested I was, and it ended up paying off,” said James.

James formed part of a small project team from Wormald needed at the Chinese port due to an absence of local expertise to ensure the safety equipment on these particular ship loaders complied with Australian standards, given they would be used in Australia. 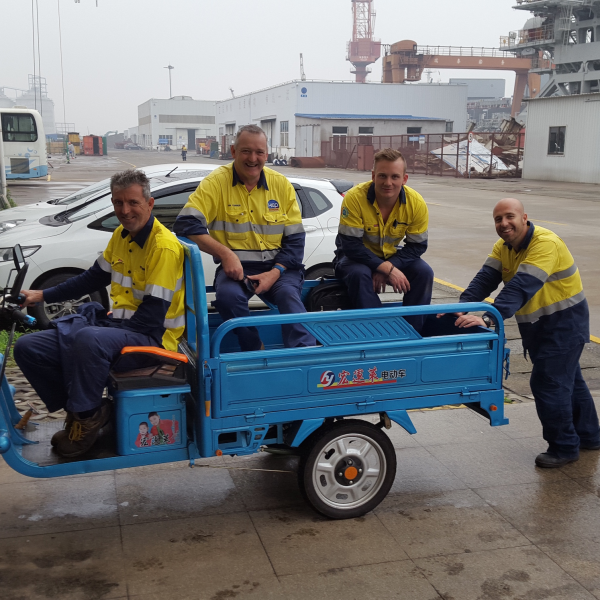 James and the Wormald crew aboard the community battery operated scooter they used to drive to the closest Western toilet.

The installation of the fire panels in the switch rooms was particularly important as it is a area of the machine where all the electronics, control boards and voltage switching takes place, making it a significant fire hazard.

James and the team also installed photoelectric smoke detectors at strategic points around the ship loaders, which report faults and detections back to the fire panel and alerts others by sounding an alarm. They also installed a Very Early Smoke Detection Apparatus (VESDA) which is able to put out a fire in an emergency. 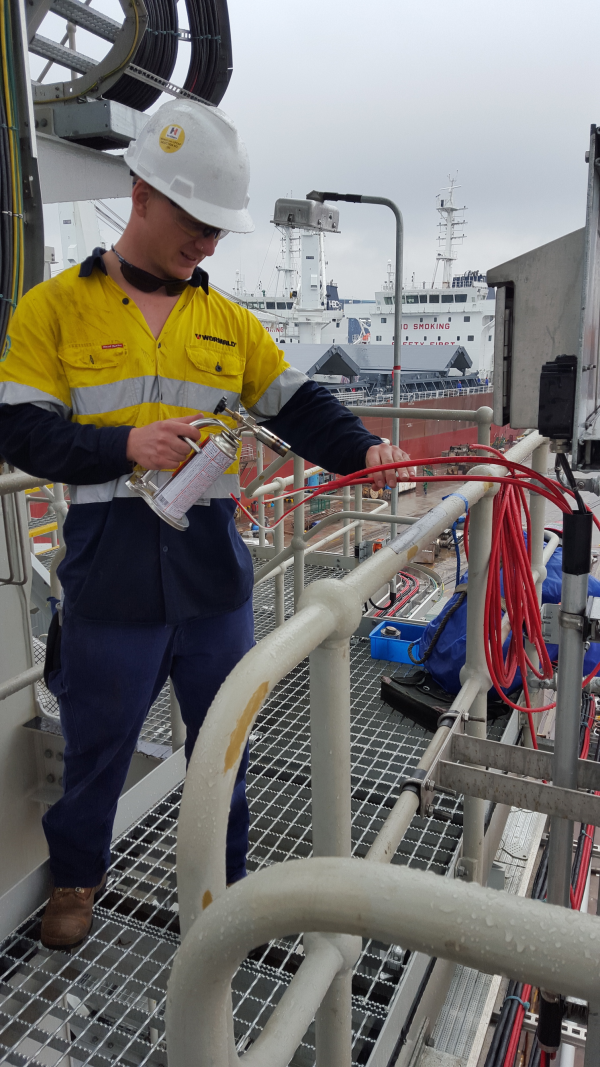 James on the ship loader putting heat-shrink tubing over cabling during the installation of a fire detection point.

James returned from his trip even more determined to follow in the footsteps of his father, who also works at Wormald and is considered a fire technician guru. He is well on his way, already working with minimal supervision and being trusted with regular on call work after hours.

“Wormald is such an amazing place to work. I want to stay here as long as I can and progress to a management role with the company,” James said.

What most surprised James about China

What is a ship loader, anyway?

A ship loader is a large machine used for loading bulk materials like iron ore, coal, fertilisers and grains into ships. They are commonly used in ports and jetties, structures where bulk materials are exported from.