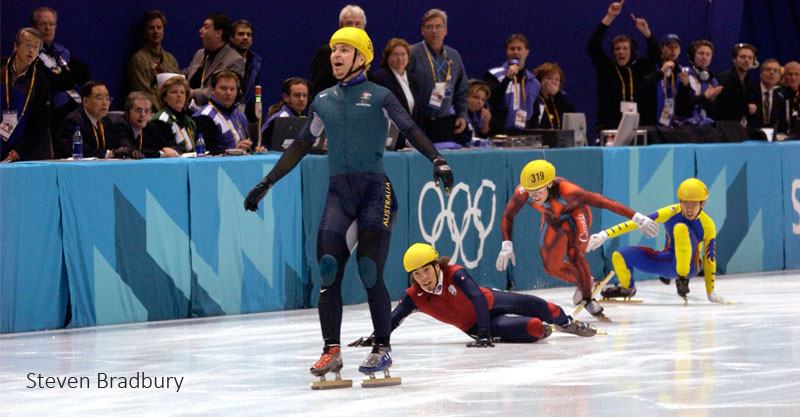 With the New South Wales and Queensland MIGAS Awards Nights approaching on the 19th June and 24th July respectively, MIGAS are pleased to announce that Winter Olympic gold medallist Steven Bradbury is this year’s guest speaker.

Steven’s story is one of perseverance and hard earned success. After multiple set-backs, including a broken neck and a skating accident that left him with 111 stitches, Steven had a remarkable and unlikely win at the 2002 Salt Lake City Winter Olympics. Steven is also a respected and successful businessman, running Revolutionary Boot Company which makes specialised skates and cycling shoes.

MIGAS believes Steven’s story is a valuable lesson for the talented apprentices and trainees that will be recognised at the upcoming Awards Nights in Sydney and Brisbane. Through hard work, grit and determination, Steven was able to overcome adversity to reach his goals, and become a household name.

Undertaking a four year apprenticeship can be a huge task for Australian Apprentices, with low wages and a high cost of living. However, by applying the strategies and positive mindset displayed by Steven Bradbury (Australia’s FIRST Winter Olympic Gold Medallist), MIGAS knows our employees can get it done.

The Sydney event will also feature the musical talents of 3 Way Split, and My Event Photobooths will be supplying a photo booth for the enjoyment and long term memories of our guests.