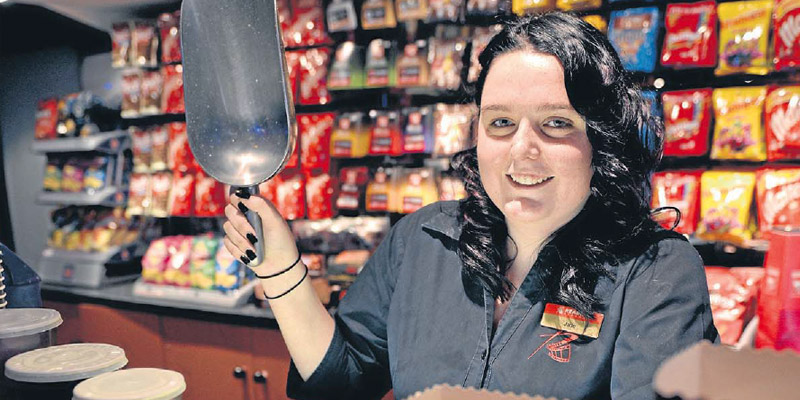 When National School-based of the Year for 2015, Jade Ernst, decided she wanted to get a job in Year 10, she knew she didn't want it to be a ‘regular job’ but a job where she could learn things, earn a qualification and better herself as a person.

Since gaining her traineeship, Jade has met a lot of people who work hard every day and has grown to have a strong appreciation for the opportunities she’s been given in life.

Jade responded to an ad posted via her school’s careers adviser that MIGAS were looking for a school-based trainee, which led to her working towards her Certificate II in Retail Services with Reading Cinemas in Maitland. In the past 12 months, Jade has found that she is increasing her skills and becoming faster at completing her work.

"Personally, I used to be a bit frightened to talk to people but my communication skills have increased, and I'm a lot more confident in and of myself now. There’s also planning tasks ahead of time and making sure I'm prepared for what’s coming; I've got to work hard to manage my time between work, school and study."

Jade’s supervisors at Reading Cinemas consider Jade to be a highly valued employee, and has improved a lot since commencing her traineeship. In Performance Assessments, Reading Cinemas always say she’s working hard and trying her best, and Jade wants to keep them honest and make sure she’s always doing what they say she’s doing.