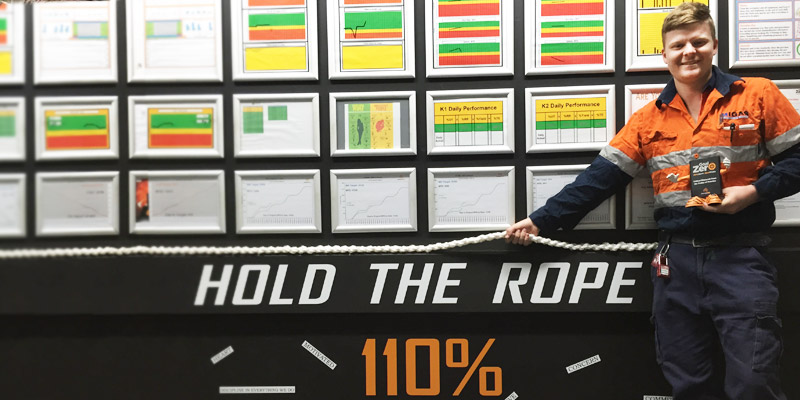 While visiting his father in the workshop, Josh knew he wanted to follow in his footsteps and become a fitter and turner too.

In 2009, he started a school-based traineeship, eventually securing a full time apprenticeship with the same company in 2011. Austube Mills took him right through from start to finish, completing him in October 2014 and have now employed him full time.

How did the apprenticeship go?

The QLD Outstanding Apprentice for 2015 is keen to keep learning and training with Austube Mills and gain more independence in his role as a qualified fitter and turner. Completing his Certificate III in Engineering – Mechanical Trade, Josh maintained a positive attitude, always giving 100% to his training; he always makes sure he arrives 40 minutes early for work to help set up the workshop for the day, and is more than happy to remain back after hours if required.

From starting 6 years ago with a basic foot in the door, Josh had to learn the small things, how to use the tools and start problem solving, but it was in his fourth year when everything just ‘clicked’. He could problem solve, he knew where he needed to be, and what he needed to do to get the job done.

“As I've gone forward in my apprenticeship and started to learn new things, I have been able to apply the things I learnt in life and in general. It meant learning to have a good work ethic, showing initiative and being reliable.”

By recognising Josh’s commitment and passion of the trade while he was still in school, Austube Mills were able to develop the personal and professional skills of their apprentice and retain those skills upon completion.

MIGAS are experienced in facilitating school-based traineeships nationwide, and have a very high success rate in rolling school-based employees into full time apprenticeships, ensuring a skilled and committed future tradesperson.