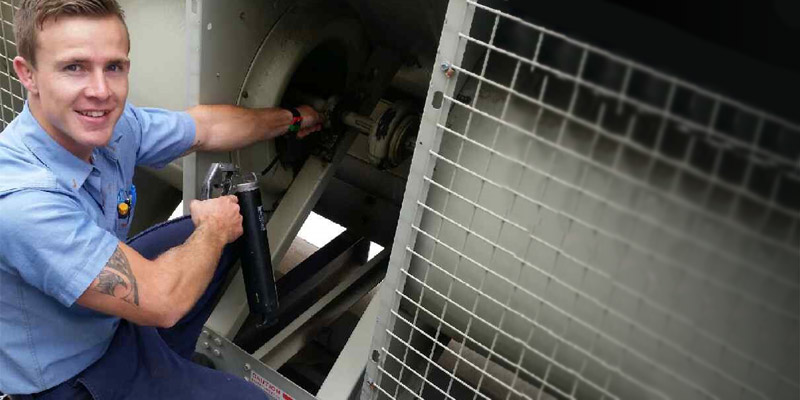 Setting the standard for apprentices at his host employer ENVAR, the Outstanding Apprentice for Western Australia in 2015 Lee Bronkhorst as a 2nd year adult apprentice is asking questions and making suggestions at the level of tradesperson. So much so, that ENVAR have told MIGAS “Get me another Lee!”

Where did it all start?

Lee was touring internationally in Judo championships, but after injuring himself and returning to Australia awaiting surgery, Lee decided he needed to find a career. He was declined from a number of other positions because of his age (Lee was 23 when he started looking for an apprenticeship), but his mum encouraged him to look at the air-conditioning and refrigeration apprenticeship advertised with MIGAS. He is now working towards a Certificate III in Engineering – Mechanical Trade (Air Conditioning & Refrigeration).

“I have never looked back, it was the best decision I ever made and I am so grateful to MIGAS and ENVAR for the opportunity they have given me.”

Lee aims to learn as much as he can throughout his apprenticeship, so at the end he can say he’s fully retained everything and become a great tradesperson. He’d also like to go on to further his studies and become a dual trade qualified tradesperson with ENVAR. Lee wants to prove to them that he is able to do that for them, and ultimately become a valuable asset to the organisation.

Want an apprentice that sets the standard?

“If I know a job needs to be done, I’ll do it. I was based at a building in Perth and if the boss came in, I would even make sure the floors were swept. I know you don’t learn from cleaning, but a clean workshop always looks good to the customer.”

In a short amount of time, Lee has proven himself to be a valuable and committed apprentice. MIGAS are a well-respected workforce development organisation who are highly experienced in matching motivated and mature apprentices with host companies in a variety of industries.