MIGAS joined Australians from all walks of life in celebrating the history, culture and achievements of Aboriginal and Torres Strait Islander peoples for 2016 NAIDOC Week.

“NAIDOC Week will always be a highlight on the MIGAS calendar, as an organisation committed to increasing employment opportunities for Aboriginal and Torres Strait Islander peoples and closing the gap between Indigenous and non-Indigenous employment in Australia,” said Group CEO MIGAS Apprentices and Trainees Philip Marwedel.

“It is a wonderful opportunity for all Australians to honour and promote the rich tapestry of our first peoples, and a reminder to carry this focus on throughout the year.”

The theme of 2016 NAIDOC Week was “Songlines – the living narrative of our nation.” It was chosen to celebrate the creation story lines formed during the Dreamtime by ancestral spiritual beings to put all geographical and sacred sites into place in Aboriginal culture.

NAIDOC Week explored how imperative songlines are to Aboriginal and Torres Strait Islander peoples as a way to remain connected to the land and maintain sacred stories and ceremonies.

MIGAS’ social media channels also came alive with stories and insights from its own Indigenous apprentices.

"NAIDOC Week to me is a celebration week. It's about who I am, where I came from and how proud I am to be Indigenous. My mob came from the Wakka Wakka tribe based in the Northern Burnett region of Queensland. Understanding the strong connection Aboriginal people have with the land and embracing our culture is so important. It means we can learn the ways of our ancestors and elders and live in a country that recognises Indigenous people were here first," Matti said. 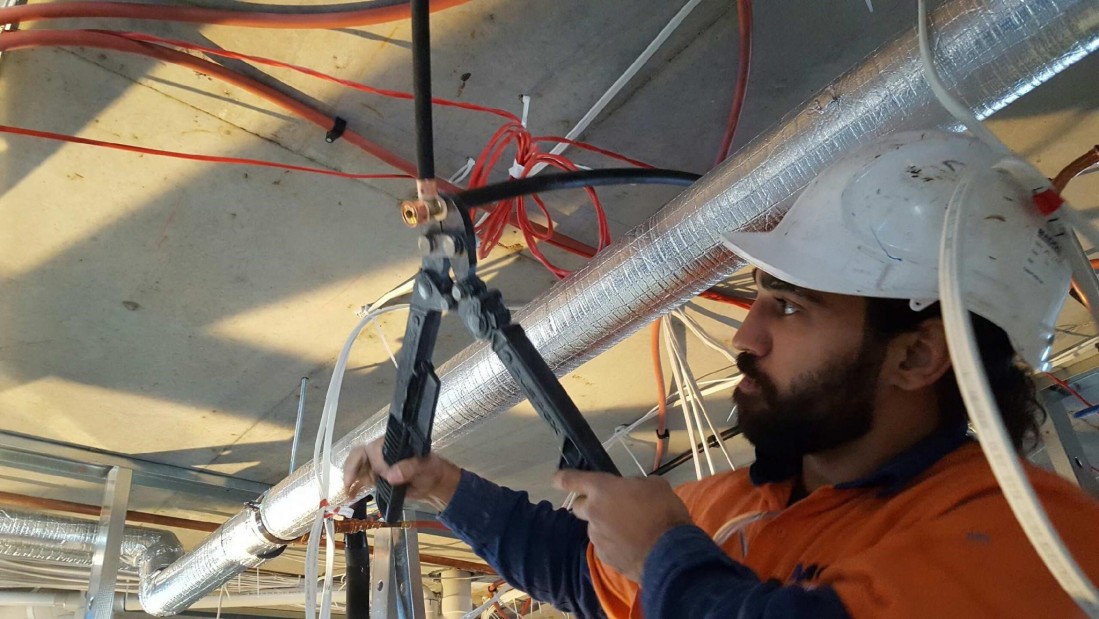 Fourth year mechanical fitter apprentice Corey Williams from Origin Energy encouraged others to use NAIDOC Week as an opportunity learn more about Indigenous culture and also shared an uplifting message.

“It’s also a good opportunity to remind Indigenous kids of all that is possible for them, including those who are interested in learning a trade. My first year was pretty tough for me as a FIFO worker being away from home, but I was able to get through it with support from my family and friends. Now I get to see my projects come to life every day and I love it. I want our up and comers to know they can achieve anything,” Corey said.

“I like to take part in the events that are held over the week and check out all the stalls of traditional food and offerings in my hometown of Mackay, Queensland. The Bro-Am Golf tournament, which is a 9 hole golf competition that brings everyone together to start NAIDOC Week, is probably my favourite event,” said Bryce.

All in all it was a week the MIGAS community came together to celebrate Aboriginal and Torres Strait Islander culture, storytelling, community – and above all – togetherness.