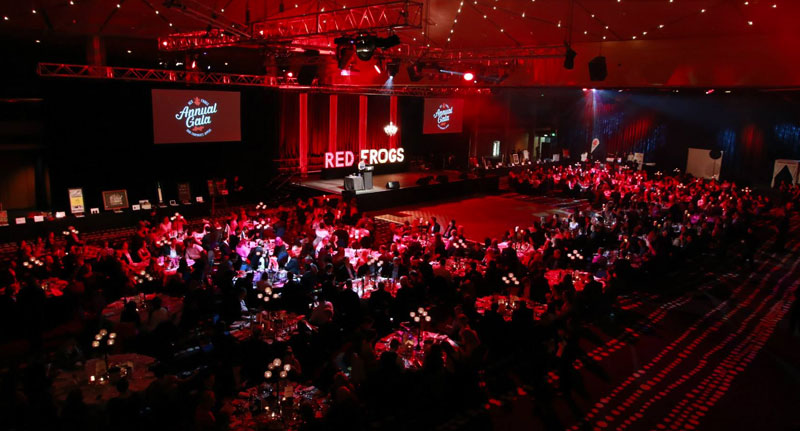 On Thursday 18th June, MIGAS had the pleasure of attending the Red Frogs Gala Dinner held in Brisbane at the Brisbane Convention and Entertainment Centre.

We attended the Gala as a corporate sponsor, inviting some of our valued clients to attend and to introduce them to the valuable service Red Frogs provides in safeguarding the future of school-leavers.

Red Frogs work closely with schools and school-leavers during the year to educate and inform teenagers about safe party choices. Red Frogs are now a household name Australia wide, being an integral part of Schoolies culture. MIGAS have repeatedly witnessed first hand the amazing lengths the Frogs volunteers go to in Safeguarding a Generation. This includes doing “walk-homes”, First Aid care, and most importantly, education!

The Gala Dinners held in Melbourne, Sydney, Townsville and Brisbane help to raise money for this important and valuable community service. On the night in Brisbane, we were very excited to be entertained by sporting legends Laurie Lawrence and Duncan Armstrong, as well as watching various sporting goods, prizes and pamper packages go under the hammer in a silent and live auction. The highlight was the Broncos jersey that went for $6000!

MIGAS has been a corporate sponsor of Red Frogs over the last five years, traveling to the Gold Coast, Airlie Beach and Byron Bay Schoolies to help cook pancakes and hand out water to the partying school-leavers. MIGAS also attends school talks with Red Frogs and seeks to assist in educating High School students in preparing for life after school and after Schoolies.

MIGAS is incredibly proud to be a corporate sponsor of the Red Frogs and continues to be impressed by the hard work their volunteers perform each and every day. 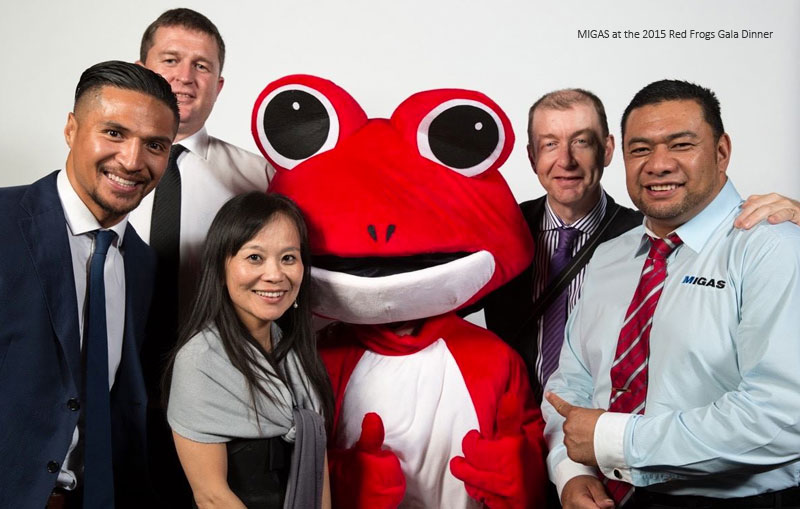