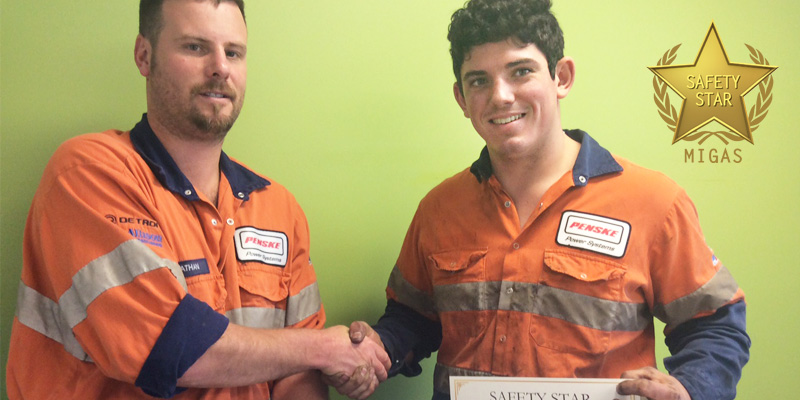 Ben’s MIGAS Field Officer, Dorelle Bot, nominated Ben for always working to implement improvements to the waste management system in his Host Company workplace. Ben has also been nominated for the Commercial Vehicle Industry Association of QLD Apprentice of the Year Award. In his nomination, his Host wrote, "Ben always expresses concern and raises issues that require attention. Safety and environment is always at the front of Ben’s mind when he carries out his tasks."

Well done Ben, for all of your hard work.

Each month MIGAS awards one Safety Star Award to a MIGAS Australian Apprentice or Trainee that is excelling in Workplace Health and Safety at their host company. If you host MIGAS apprentices or trainees at your workplace and would like to nominate them to receive a Safety Star Award, print the below flyer and follow the instructions on how to submit your nomination.