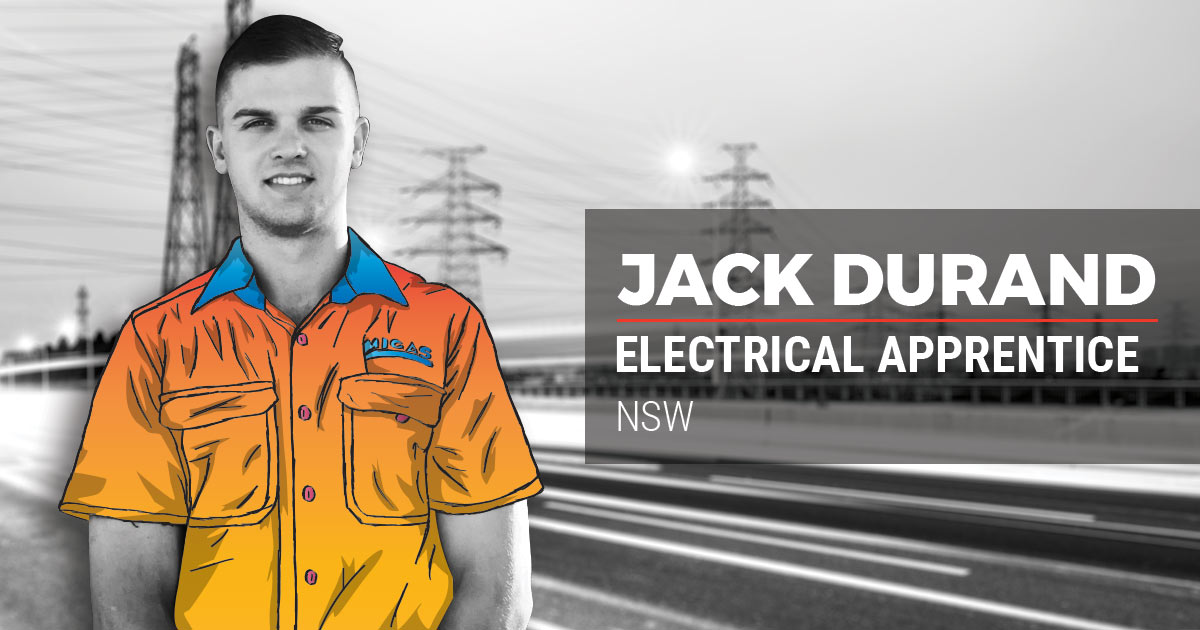 This shining star was snapped up by a savvy customer who saw the potential for Jack Durand to flourish in an electrical apprenticeship, and the future has never looked brighter.

When Jack first started working in an electrical wholesale business as a delivery driver, he had no idea he would quickly become a prize-winning electrical apprentice, performing tasks that even left final year apprentices scratching their heads in amazement.

Jack is now in his second year of his apprenticeship with specialist electrical company JR Electrical. He loves the endless opportunities that comes with being a Sparkie.

"I don't sit around and wait for work to come to me, I take the initiative to find more work that can further develop my skills. I even wired up a whole switchboard by myself which I'm really proud of, I don't think they expected me to be able to do that," said Jack.

Jack prides himself on "doing things right the first time around" and approaches every job with the same dedication and drive whether it be screwing a power point to a wall or digging in the mud.

“I'm equally looking forward to the next challenge of helping install automatic blinds controlled by an iPad, which is something that isn’t usually installed at larger sites. It’s something I've never done before and will require me to understand in detail how the wiring works," said Jack.

Jack’s attitude to work is unmatched by other apprentices and he’s fully committed to learning and becoming an electrician. His supervisor knew they had a standout apprentice on their hands when builders on job sites were commenting on the quality of Jack's work and how quickly he delivered on any challenge and task. Jack is now far ahead of where he needs to be in his training and is seen as a superstar in the making by his supervisor and workmates.

Apprentice electricians are renown to undertake some of the hardest subjects at TAFE but Jack is passing with flying colours.

In his spare time Jack is busy helping his parents with a building project, learning more skills than simply wiring a house. He is saving for additional tools in his apprenticeship and for his very own property at just 21-years-old.

With plans to one day become a qualified tradesman, not to mention one day own his own successful business, this is one apprentice who is on track to a great future in the electrical industry.

Want to learn more about electrical apprenticeships? Head to our Electrical hub now and find a trade that sparks your interests.